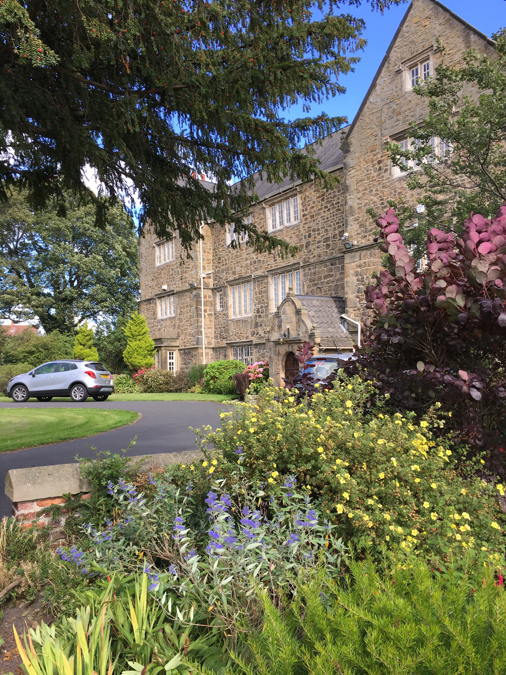 Denton Hall from the front

Denton Hall, currently seat of the Catholic Archbishop of the North, is tucked away behind a thick canopy of trees and high stone walls, near a roundabout on the outskirts of Newcastle — easy to miss amidst the heavy traffic and rows of modern homes. Remnants of Hadrian’s Wall poke up from a grassy verge opposite the entrance. The hefty stones from this ancient fortification were plundered to build a solid building that has weathered the years with remarkably little damage to its fabric. Stalwart and purposeful in character, Denton Hall’s facade remains relatively unchanged and is one of the very few examples of a Jacobean mansion in the area. 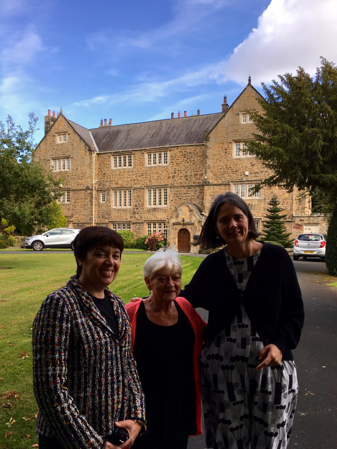 I am writing a biography of Elizabeth Montagu, who lived at Denton Hall for a good part of each year, from 1758 until the end of the century. Joanna Barker  and I visited Denton last month and were taken on a fascinating tour of the house and gardens by Margaret Oakes, housekeeper to the Bishop. Montagu was strongly aware of the power of place, directing three households for most of her adult life. She is perhaps most well-known for her intellectual achievements as a patron and writer, and leader of conversation in her London homes. Christened ‘Queen of the Bluestockings’ by Samuel Johnson, Montagu entertained her guests first in Hill Street and then in Portman Square, the mansion she built and which formed the most public and lavish setting for her famous social assemblies, where she aimed to foster intelligent conversation between the sexes. Montagu spent the winter social season in London. Most of her spring and summer months were divided between Sandleford Priory in Berkshire (now a girls’ school), a scene of rural retirement and agricultural experiment, and Denton Hall, where she worked hard to improve the efficiency of the coal mines her husband had inherited in 1758.

Montagu was a shrewd businesswoman and could not have funded her ambitious building plans without the money she made from coal. Some of her contemporaries, including Alexander Carlyle, suspected that she was most at home while managing the mines:

We saw her often in the neighbourhood of Newcastle, and in that town, where there was no audience for such an actress as she was, her natural character was displayed, which was that of an active manager of her affairs, a crafty chaperon, and a keen pursuer of her interest, not to be outdone by the sharpest coal-dealer on Tyne; but in this capacity she was not displeasing, for she was not acting a part. 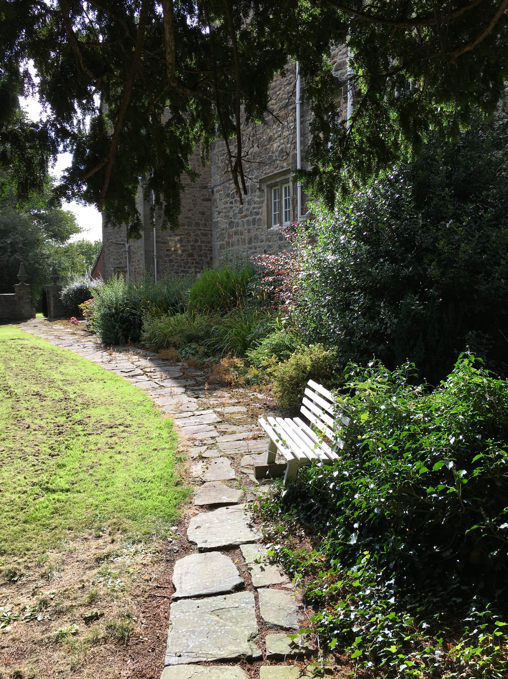 A shady walkway at Denton Hall

Montagu herself, however, did not isolate her business acumen from her other talents, seeing her various roles as closely connected. She actively pursued Adam Smith’s ideas of universal benevolence, as laid out in his Theory of Moral Sentiments, first published in 1759. For Montagu, virtue and benevolence were active tools of social progress rather than merely abstract moral concepts. She frequently expressed the need for a balance between aesthetic and moral beauty, and from the moment she became involved in running the Denton Estate she sought to improve conditions for the miners and establish a sense of community. In July 1778 she wrote to Elizabeth Carter, describing her visit to a family of miners living near the River Tees: ‘…as the highest pleasure ever results from the good state of moral things, I had more delight in the happiness of some of my Tenants, than I felt from the beauty of the place.’ By this time, she could rejoice in the fact that several of her tenants were showing signs of independent enterprise and social elevation. In a letter she described how one family invested in their children and reaped the rewards of their farsightedness:

They told me they thought themselves the happiest people in ye World. Indeed in a humble degree they are so. They said when first they took a small  farm of Mr Montagu they were worth only fourscore pounds; by thrift they encreased their capital a little, a Friend lent them some Money & Mr Montagu  just after I married put them on a large Farm, there they prosper’d & brought up nine children who are now living. To every child as it went into business they gave £500, their eldest son is one of the most eminent Attorneys in the North & Steward to the Duke of Devonshire & is a Man of very fair character. He has taken one of his brothers clerk, & he has lent money to my industrious young Farmer, & takes ye kindest care of his Parents.

It is clear that Montagu saw her own benevolence as the start of a network of positive influence.

Later the same year, the philosopher Lord Kames came to visit her. The two thinkers shared an interest in the agricultural and technical innovations that fuelled the Enlightenment vision of a civilized society. In a letter to Elizabeth Carter, Montagu described how she spent her time with Kames, showing him around her estate at Denton. She explained their belief in the connection between the useful and the beautiful and once again demonstrated the sense in which she viewed her tenants as extending and consolidating a network of industrial progress that was innovative in spirit while being economically and morally beneficial. She particularly admired one of her tenants who had started a small industry making tiles:

In this county we are more addicted to ye useful than ye beautiful & I had abundant amusement for such a spectator. As Lord Temple carries his guests to ye Elysian fields & vale of Tempe I carried Lord Kames to my Colliery, & to a manufacture of Tiles, a Tenant of mine here having found out ye secret of making ye blue Tiles equal in appearance & quality to ye Dutch Tiles, his Lordship was delighted as if I had shewn him the most lovely scenes & most magnificent Grecian Temples. Indeed the Goddess Utility is a great Goddess, & Venus with all her beauty, & the Graces with all their charms, have not such zealous Votaries, nor so many. 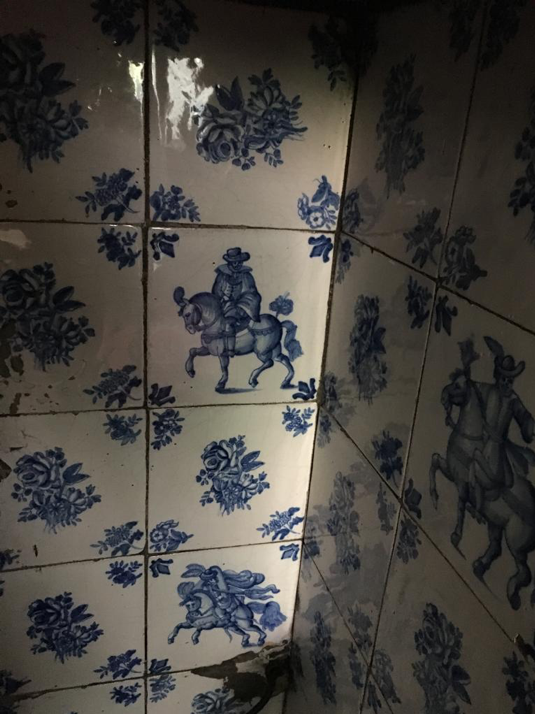 One of Denton’s Delftware Fireplaces

One of the most striking aspects of Denton Hall’s present-day interior is its commanding fireplaces. Here Montagu would haveshared conversations with friends, stewards, tenants and visitors. The fireplace in the first-floor drawing room, where Montagu often wrote letters, is placed in the middle of a stunning surround of sparkling blue and white tiles. Were these tiles from Delft or Denton? I like to imagine Montagu might have received them from her tenant, who had found out the secret for making them and offered them to his local Goddess of Utility so that she might gaze upon them and delight in the union of the useful and the beautiful, finding an affinity with their polished surface, decorative yet practical, resilient and reflective.