Go to: About the project | Project Team | Funding and Acknowledgements

The Elizabeth Montagu Project was launched by Elizabeth Eger, Caroline Franklin and Nicole Pohl in 2009, and received generous funding from the Arts and Humanities Research Council to bring together a worldwide community of literary scholars, archivists and digital humanities experts in a series of international conferences and workshops in 2010-12 to scope and plan a digital edition of the correspondence of Elizabeth Montagu. The Huntington Library, California, who curate most of the correspondence, supported the project from its inception to the present and General Editors, Pohl, Eger and Franklin were all granted fellowships to work on the letters in 2012-2013. Our thanks are due to the W M Keck Foundation Director of Research, Dr Steve Hindle, Avery Director of the Library, Sandra Brooke and her predecessor David Zeidberg. The team have also received encouragement and helpful support from the British Library, the Bodleian Library, Oxford, University Library, Aberdeen, Nottingham University Library and all the archives listed below who care for Montagu correspondence.

AHRC again generously funded the project from 2014-7 through a Collaborative Doctoral Award to enable a doctoral researcher, Jack Orchard, to work on the letters whilst being trained in digital editing at Electronic Enlightenment, Bodleian Libraries, Oxford, through the kind support of its Director, Dr Robert McNamee.

In 2017, Swansea University sustained the Elizabeth Montagu project by funding the time of General Editors Caroline and Michael Franklin as well as providing the services of its Digital Humanities Manager, Alexander Roberts, to construct a platform for such flagship digital literary editions. But the breakthrough moment came later that same year when the extraordinary generosity of philanthropist and private scholar Joanna Barker enabled sufficient funding to digitize the entire MO archive at the Huntington Library. The registered charity Elizabeth Montagu Correspondence Online No.1174697 was set up to disburse funds. Through Joanna Barker’s further financial assistance, EMCO benefited from three years’ research assistance of Dr Anna Senkiw, while Oxford Brookes University funded the time devoted by Professor Pohl to her duties as Editor-in-Chief. EMCO now began working with and benefiting from the research of the award-winning German-led Transkribus project in producing automated transcriptions of the facsimile letters, having trained the algorithm to recognize various versions of Montagu’s handwriting.

In 2018 EMCO received generous funding from the Foyle Foundation for research assistance in producing a complete inventory of the correspondence. In 2019-20 the Modern Humanities Research Association awarded EMCO a Research Associateship to enable Dr Jack Orchard to work on transcriptions for the Digital Edition and in 2020-2021 EMCO has funded a further year of his research assistance. In September 2021 EMCO will fund a conference at Hagley Hall, Worcestershire and we are grateful to the Paul Mellon Centre for British Art for funding postgraduate bursaries. In November 2021 an international symposium is to be generously hosted by the Huntington Library California. The project would like to extend heartfelt thanks to all the funding organizations, libraries and archives who have helped us over the years.

In 2021 The Foyle Foundation made a further contribution to the funding of a research assistant in 2021-22, for which we are enormously grateful. The project would like to extend heartfelt thanks to all the funding organizations, libraries and archives who have helped us over the years. 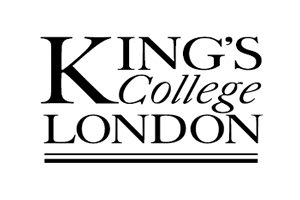 With thanks to the Abercairny Estate for permission to reproduce letters to Mrs Agatha Drummond and Henry Home, Lord Kames held at the National Records of Scotland.

The EMCO website makes extensive use of the following open source technologies and we are extremely grateful to the members of the communities that maintain them and have offered a great deal of assistance during the development of our website.